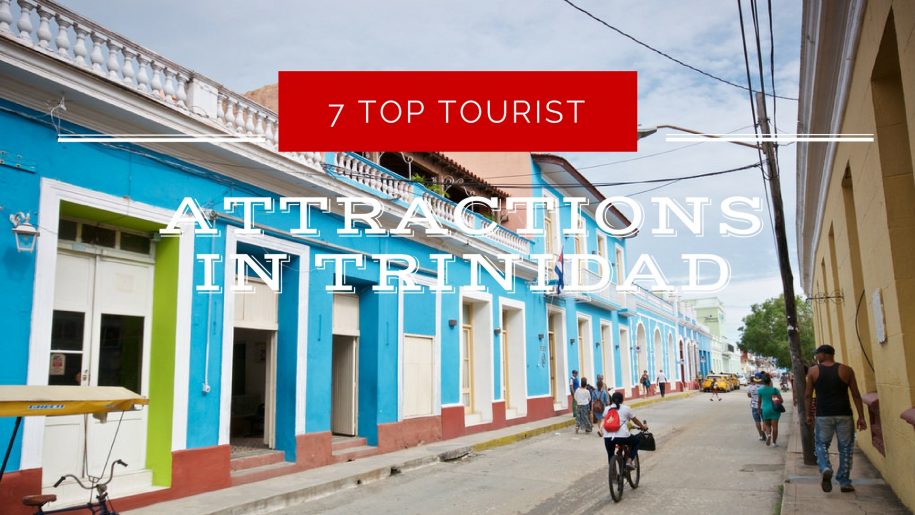 Some cities rise and then fall. The populations (and subsequent economic power) of both New Orleans and Detroit have shrunk considerably in recent decades. Leipzig in Germany is the same, having never fully recovered from its population exodus after the Berlin Wall came down. Trinidad, a sumptuously beautiful settlement in Cuba’s central Sancti Spíritus province is a place that rose in population and prosperity, and then sharply fell before rising once again, for entirely different reasons. Trinidad’s dominance was the result of being the central point of Cuba’s sugar production. This prosperity was achieved using slave labour, as was the case in much of the new world. Unsurprisingly, this came to an abrupt end when slavery was abolished on the island in 1886. Trinidad became just a small city in the centre of the country with minimal economic prospects.

Off the beaten path for the better part of a century, the town’s dark and yet rich heritage, with a number of achingly beautiful buildings constructed during its boom days made it a magnet for visitors eager to see another side of Cuba. Trinidad has been reborn as a living museum. And see it you should.

There are some tourist attractions in Trinidad that really shouldn’t be missed.

1. The Heart of the Town

The Plaza Mayor (Main Square) in Trinidad is the figurative and geographical heart of the town. It was seen as a status symbol to own a home that overlooked or was at least close to the square, and many of the grand colonial buildings were built using riches obtained from the sugar trade. It’s one of the most sublime tourist attractions in Trinidad and is transformed as the sun goes down. The open air Casa de Musica is located on the square, and there are live performances and dancing, turning the picturesque square into one big party.

2. Valley of the Sugar Mills

You need to head just a short distance out of Trinidad in order to see the industry on which the town was built (or at least, what’s left of it). The vast expanses of the Valley of the Sugar Mills (Valle de los Ingenios) were once home to more than 30,000 slaves who were forced to work there. The natural beauty of the valley sits in stark contrast to the darkness of its history. Most of the infrastructure was abandoned and left to rot, giving the area an eerie beauty. There are the ruins of some 70 old sugar mills in the valley.

One of the more interesting tourist attractions in Trinidad can be found in the Valle de los Ingenios. The Manaca Iznaga Tower dates back to 1750 and was designed as a central point to observe the slaves working in the plantations, as well as a watchtower to track any slaves who tried to escape. It’s seven stories high, and you climb to the top to try to get a sense of what the Valle de los Ingenios was like centuries ago.

4. Dancing in the Dark

In order to shake off the regions dark past, you can can visit one of the more interesting tourist attractions in Trinidad… where it can also be quite dark. Discoteca Ayala is better known by its nickname: La Cueva (the cave), because it’s well… in a cave. This is a truly memorable night out, and it can feel rather crazy to go up to a cave that has a doorman. You then descend the stairs and find yourself dancing the night away in a massive subterranean space. Legend has it that a serial killer once used the cave as a hiding spot, although this is probably not something you want to think about as you salsa your way through the cave.

5. Play at the Playa

Just out of Trinidad is Playa Ancón, one of those beaches that seems to be too perfect to actually exist in nature. There are azure waves gently lapping onto white sands, and the only thing you’ll need to think about is whether you should get up to buy a drink, or just recline on the sand and wait for the next roaming vendor to bring it to your towel. There are some all-inclusive resorts on the beach, but it certainly hasn’t been overwhelmed by these types of developments

6. The Mouth of Trinidad

Another gem on the outskirts of Trinidad is La Boca (the mouth). Nope, this isn’t some weird restaurant or club, but is in fact a small fishing village where every wonderful stereotype about such a place seems to be true. You can quite literally sit by the ocean and watch fish being hauled out of the water and then carried to local restaurants where they’re cooked in the most delicious of ways… generally before the fish realises that it’s not swimming in the ocean anymore. La Boca has a few accommodation options and some people prefer to stay here and make the short trek into the town.

7. The Best Tourist Attractions in Trinidad for Shopping

Since the town has positioned itself as a living, breathing, dancing museum, it’s hardly a shock that there is going to be a fair amount of shopping on offer. After all, those visitors will probably want to take something home with them. But there aren’t many places you would consider to be shopping malls, and you can forget about chain stores selling the same thing regardless of whether you’re in Belgrade, Berlin, or Bangkok. The street markets are one of the more enticing tourist attractions in Trinidad, and they aren’t hard to find. It can be a little difficult deciding where to focus your efforts.

Check out the markets around the Museo Municipal de Historia tower (also worth a look in itself) as these offer the best selection and value for money.

Do you have questions? Just leave a comment below!