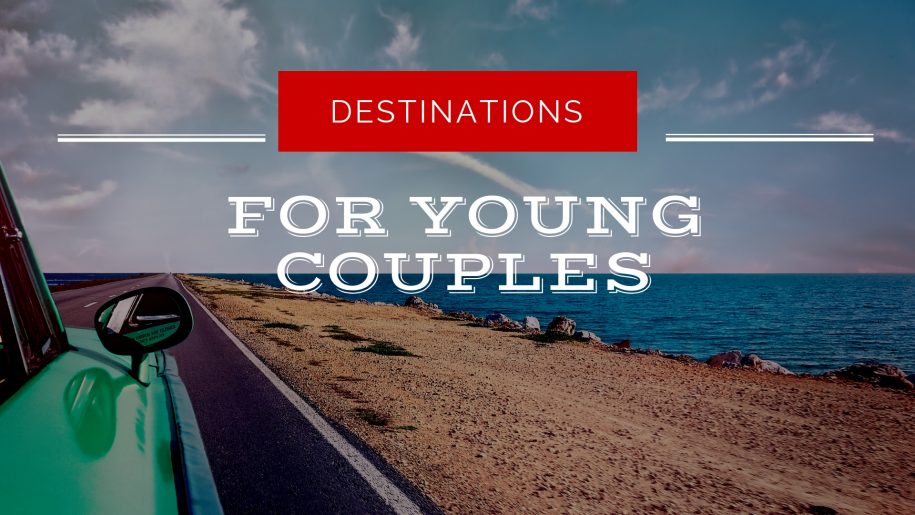 But where are the best places to go in Cuba for couples?

We’ve used all our local expertise and knowledge to come up with the very best places to go in Cuba for couples.

Make sure you keep reading to discover our number one!

As the Caribbean’s largest nation, there are certainly plenty of stunning, pristine beaches too choice between, whether on the north, south, east or west coasts of the island. Some, like the Bay of Pigs, also have a historical significance attached to them that has made them part of what makes Cuba Cuba.

However, our pick of the best places to go in Cuba for couples are the fine blond sands of the beaches of Varadero. Situated on a long peninsula of land jutting out into the Atlantic Ocean on the north coast, an easy journey away from Havana, Varadero is Cuba’s premier resort town, meaning there’s plenty of resorts to opt for depending on what you like to do as a couple – relaxing in a spa, playing golf, soaking up the sun on the beach, or trying your hand at some adrenaline-fuelling water sports from kayaking to scuba diving. The long expanse of sand means you’ll never feel crowded, while being able to enjoy a range of restaurants, bars, and nightlife too.

Though it may be the spiritual home of the Cuban revolution – Santiago de Cuba on the south-eastern coast of island is where its first shots were fired and where Fidel Castro declared victory – there’s a whole other side to Santiago too.

As one of the first settlements founded by the Spanish in the early 1500s, it has a history and culture that dates back centuries. Couples are sure to enjoy the warm embrace that seems to wrap around people here as a result of the long years of cultural mixing that has taken place between indigenous Cubans, Spanish, Africans, French and even English. And while Cuba’s second city has a whole host of fascinating sights to keep you busy during the day – including the nation’s first cathedral – its at night when Santiago really shines.

A city of music venues, you won’t walk far along its elegant central streets before hearing the melodic and heartfelt melodies of trova, a music style that was born here. For a guaranteed great night, couples should check out the Casa de la Trova, while those looking for more spontaneity should just stop when they hear the voices and guitars emanating from an open doorway and you to will decide Santiago is one of the best places to go in Cuba for couples.

3. Lose your heart to Cienfuegos

How do we top the beaches of Varadero and the soul of Santiago, and still only be halfway through our rundown of the best places to go in Cuba for couples? With Cienfuegos of course! It’s rare to find a town with two nicknames that are so evocative, but Cienfuegos has them! It’s known as both the Paris of the Caribbean, and the Pearl of the South, giving couples an indication of what they might find in this wonderful town.

Strolling along the town’s streets hand in hand you’ll discover many of the delights of Cienfuegos by pure accident, with the boulevards taking on a definite French – rather than Spanish – air thanks to the French immigrants from Louisiana and France which started to call the area their home.

Make sure to spend some time in the town’s many shady parks – just like the locals – before checking out the Italianate Tomas Terry Theatre on Plaza de Armas opposite Parque Jose Marti.

Taking in Cuba’s only triumphal arch, celebrating and commemorating Cuban independence from Spain, the astounding architecture of the Ferrer Palace is another must. And if that’s not enough to whet your appetite for Cienfuegos there’s also the stunning Bahia de Jagua, should you need a further fix of Cuba’s stunning coastline!

The Cuban capital has a great many wonders, from its UNESCO World Heritage listed Old Town (Havana Vieja), to the more modern murals of Che Guevara and the revolution that dot the city. Roaring with the sound of vintage US car imports that date back to before the revolution, heavy with the distinctive smell of Cuban cigars, and never far from a mojito, the fading grandeur of Havana is as historic as it is romantic, as enigmatic as it is beguiling.

In other words, couples will simply love spending some time in Havana. But one of the best places to go in Cuba for couples is undoubtedly Havana’s Malecon. A protective wall and seafront promenade, the Malecon stretches several kilometres from the heart of Havana Harbour in Havana Vieja, along the north shore of the Centro Habana neighbourhood, to the more modern Vedado district. You certainly don’t have to wander its entire eight kilometre length to get a feel of what the Malecon is all about.

The city in microcosm, as the sun begins to set each evening the Malecon begins to fill with Habaneros searching out fresh air, good company, and the beautiful warmth that comes with evening. If you can’t find it on a map, look out for its official name of Avenida de Maceo instead.

It’s a secret we don’t really want to share, but our top pick for the best places to go in Cuba for couples has to be the Northern Cays. These tiny islands off Cuba’s northern coastline might not technically be paradise, but they come pretty close, and don’t take an eternity to reach thanks to great road and air connections.

It’s even said no less a figure than Fidel Castro rated them more highly than the already incredible beaches of Varadero!

Though there are a number of islands, each offering a slightly different experience, we recommend Cayo Santa Maria. This quiet, laid back cay is just perfect for young couples, and is becoming a popular honeymoon destination as a result.

It can be reached along a beautiful 50 km causeway from the town of Caibarien, but then you’ll probably want to leave your vehicle behind, with many of its beaches running into the verdant vegetation of the Cayo Santa Maria Wildlife Refuge.

But there are also a good range of restaurants and bars, particularly at the Pueblo La Estrella complex, to ensure everyone is happy.

Best places to go in Cuba for couples?

We’ve given you our thoughts on the best place to go in Cuba for couples, from the streets of Cienfuegos and Havana, to the beaches of Varadero and the Northern Cays, by way of some lively nights out in Santiago de Cuba. But what’s going to be your standout destination as a couple?