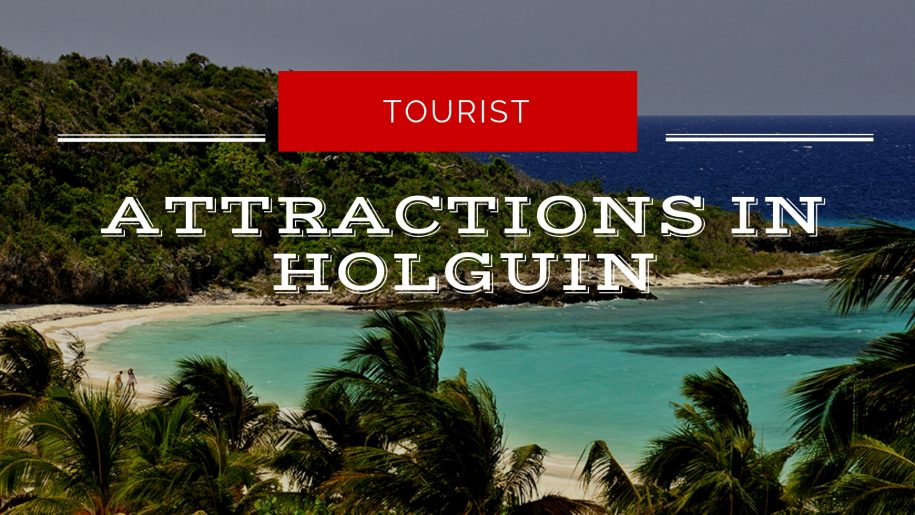 The Cuban city of Holguin might not – yet – trip off the tongue in quite the same way as Havana, Santa Clara or even Camaguey does, but don’t let that put you off a visit to this historic city. Situated in the island’s east a short flight from the capital, it was founded right back in 1545, and is today Cuba’s fourth largest city, but its relatively limited tourist numbers means it’s one of the best places in Cuba to experience the authentic life of Cuba’s people away from the camera lens’ of the international media. So what are the top 5 Holguin Cuba tourist attractions to our mind? Read on to find out!

1. Take in incredible city views from the Hill of the Cross

Located to the north of the city, there are two ways to reach the summit of the Loma de la Cruz, or Hill of the Cross. You can drive there, with drivers of the local taxi fleet of vintage convertibles sure to know the way, but we think the steep climb up its 458 steps makes the end result of near endless panoramic views across the city all the more rewarding. The heat means it’s best avoided during the middle hours of the day, with the hill making a great option for sunset, since the steps are lit by lampposts after dark. Standing at 261 metres above sea level, it is, needless to say, topped with a wooden cross, which is said to protect the city’s residents and was visited by the Pope just a few years ago. While you get your bearings, make the most of your time at the top by enjoying a drink at the café-bar before making the return journey back to the centre to explore more Holguin Cuba tourist attractions.

Situated on a small area of level ground ringed by traditional thatched round houses, the museum of El Chorro de Maita is the place to come to explore the cultural heritage nearly lost after the conquest of the Spanish. As you explore the round houses that make up the museum, guides will give you the history of ritual before the arrival of the Spanish on the island. There are also demonstrations of healing and other ceremonies by Cubans in traditional tribal attire. You’ll now find a recently discovered burial ground as well, belonging to the indigenous Tainos people dating back to the thirteenth century, the first period of human habitation on the island. Containing the skeletal remains of 62 tribe members, including children, it is considered a unique view into the past due to the fact each is buried in a different position.

3. Shop ‘til you drop at Guardalavaca

Although the beaches of Guardalavaca, such as Playa Esmeralda and Bahia de Naranjo (Orange Bay), are what the coastal town near Holguin is known for when it comes to Holguin Cuba tourist attractions, its also the place to pick up a great range of souvenirs to take back home with you, thanks to its daily arts and crafts market. Here you’ll find everything from shaped ash trays (for those Cuban cigars you’ve probably also purchased), beautifully made models of the country’s classic cars, carved dancers and musicians, clocks shaped like rum bottles, and even sundresses. Put your bargaining hat on for the best bargains, and don’t be afraid to practice your Spanish while you’re at it. What’s the worst that could happen?

4. Learn about the modern Cuban way of life

We shouldn’t need to tell you that Cuba has an almost unique way of doing things, based around a socialist system intended to prevent anyone on the island from being in need. The result is free education and healthcare, but also a complicated series of laws regarding home ownership and private enterprise (which is why casas particulares bed and breakfasts, and paladares privately-owned restaurants are such a ground-breaking idea). It can also mean shortages for basic food stuffs despite the existence of a rationing system (every Cuban citizen gets a ration booklet with their monthly allowance noted down), which can be something of a shock when visiting places such as the pleasant fishing village of Boca de Sama. Many Cubans turn to agriculture to supplement rations, and there are a number of farms around the area that have become Holguin Cuba tourist attractions in their own right, growing everything from coffee to ‘donkey’ bananas which are eaten fried. For a better understanding of how modern Cuba works, there’s really no better way than seeing it first hand for yourself!

The resort island of Cayo Saetia sits southeast of the city of Holguin between the Bay of Nipe and the Atlantic Ocean, though it remains connected to the Cuban mainland thanks to a bridge. What makes the island particularly special as one of the top Holguin Cuba tourist attractions is the fact that until 1994 the island was the private holiday home of the Castro family, with Fidel and his nearest and dearest arriving and departing not via the bridge but by helicopter for the journey back to state business in Havana. Taking a luxury yacht across from Holguin is perhaps the finest of ways to first set foot on this cay, which is now a three-star resort. The area immediately around the resort itself is known to be home to a camel, as well as several ostrich and parrots, while as a private government game reserve it was also inhabited by giraffe, zebra, and water buffalo. Strange but true! Today, tourists mainly head to the island for its fine powdery white sand beaches, beautiful shallows, and forested interior, although Jeep safaris of the island are still on offer too.

Away from the spotlight in the lesser visited east of the Cuban island, Holguin offers visitors some fine tourist attractions as we’ve outlined above. Whether your main interests are history, shopping, or simply flopping on a beach, Holguin holds something for you!